Despite growing up amid a sizable Cuban population in Tampa, Connor Scott did not learn any Spanish. Yet as he stood in front of a dozen fellow Miami Marlins prospects during a mock news conference at the team’s spring training facility in February, he sounded more adept than someone who had been taking Spanish classes for less than a year.

“Connor, what is your favorite car?” Luis Palacios, a pitcher from Venezuela, asked in English, the language he was learning.

“Mi carro favorito es el Ford F-250,” Scott answered in Spanish, with only a bit of help from an instructor. Teammates oohed and aahed.

“The accent is really coming along,” said Colleen Mitchell, another Marlins teacher. “Proud of you.”

This sort of interchange of language was exactly what Derek Jeter, the former Yankees superstar, dreamed of when he became the chief executive of the moribund Marlins in 2017. During his playing career, Jeter had seen plenty of Spanish-speaking major leaguers pick up English upon arriving in the United States, but he felt like that was only half the story.

“Communication is a big part of this game, whether it’s pitcher-catcher communications or just teammates communicating,” Jeter said while sitting in his sparse office at Roger Dean Chevrolet Stadium in Jupiter earlier this year. “So it’s just as important for the English-speaking players to learn Spanish.”

Teaching English to minor league players from Latin America has understandably become commonplace. Nearly 30 percent of players in the major leagues — and even more in the minors — were born in that part of the world. The Marlins, however, are among the few teams also doing the inverse: conducting Spanish classes for English speakers throughout the organization, from players to coaches to top executives.

Even Jeter. He has been going to class, too.

“If you don’t speak Spanish in Miami, there are certain places you go and can’t even order food,” he said. “And if we’re going to preach it to our players, we should preach it to the front office.” 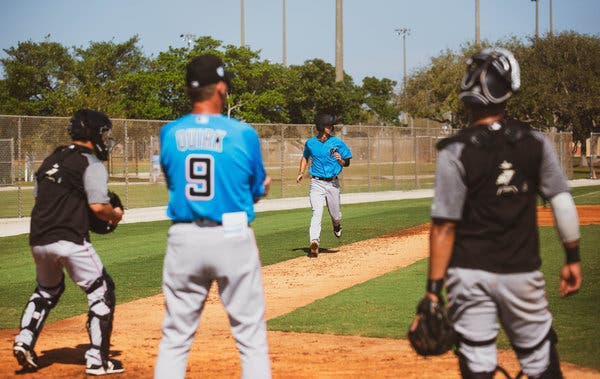 During his decorated 20-year career with the Yankees, Jeter, a Michigan native, had teammates from all over Latin America: Jorge Posada (Puerto Rico), Mariano Rivera (Panama) and Robinson Cano (Dominican Republic), to name just a few.

But the social divides that form in the clubhouse between English- and Spanish-speaking players bugged Jeter, he said. So did knowing that his Spanish-speaking teammates struggled to order food in English or were criticized for their responses in interviews in their second language.

So when Jeter, 44, took over the Marlins, he and Emily Glass, 25, who oversees the team’s education efforts, made it a goal to address this weakness. He called for an overhaul of the club’s player development program, including a focus on life skills — from cooking to financial planning to language classes.

Teaching Spanish was also a part of a larger effort to help the Marlins better communicate with fans in Miami — which has the highest percentage of Spanish speakers of any major metropolitan area in the United States — and repair the team’s fractured relationship with the community after years of losing, mismanagement and dwindling attendance. The Marlins are in the early stages of a rocky, franchisewide rebuilding project, and the team has lost 27 of its first 37 games after an abysmal 98-loss season in 2018.

The Marlins tailored the Spanish classes for different groups’ needs: Coaches, for instance, wanted to learn everyday baseball lingo (“recta” means “fastball” and “sencillo” means “single”) more than grammar. The analytics staffers wanted their relevant vocabulary (“contrato” means “contract” and “agente libre” means “free agent”) plus more formal language instruction. Classes are offered at nearly every level of the organization but are mandatory only for Marlins players in the lowest levels of the minor leagues.

Small changes are starting to appear. Marlins closer Sergio Romo, a Mexican-American from the border town Brawley, Calif., said hearing front-office employees speak even a little Spanish to the team made several Latino players feel as if they were “being shown a little bit more respect and are more accepted.”

“It’s uplifting,” said Romo, 36, who has often been the go-between for English- and Spanish-speaking teammates throughout his career. “It’s a great idea. They’re asking all parties to be the bridge, to help build the bridge, to help maintain a bridge.” 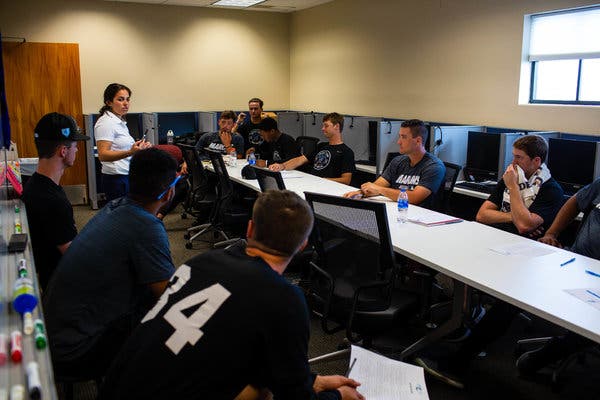 The Marlins’ lessons went beyond the thrice-weekly classes. As a part of a program called Mi Amigo, English- and Spanish-speaking players were paired up and sent out to dinner in an effort to break down cultural barriers and combat language-based cliques in the clubhouse.

Sometimes conversations at the dinners led to bonds formed over shared interests in music or food. When an American player told Mitchell he didn’t like ordering food in Spanish because a server at a Latin American restaurant had laughed at his accent, she reminded him that his Latino teammates had endured the same when ordering in English.

“It’s been good for them to understand the other teammates,” said Pamela Mejia de Rodriguez, the Marlins’ head teacher, who learned English in her native Dominican Republic. She said the teachers’ biggest accomplishment has been making players comfortable enough to publicly practice their Spanish.

The Marlins have grand goals for this initiative. Ideally, Jeter said, all players in the organization, even those in the major leagues, will have some proficiency in Spanish.

“If you have players that are acquired at the major league level,” he said, “they’ll see everyone speaking Spanish and will want to learn as well.” 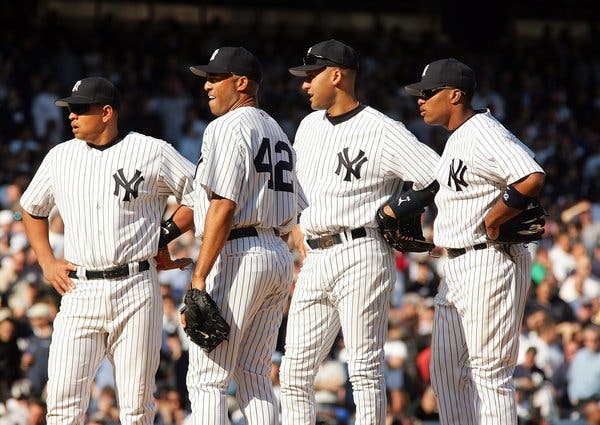 Nick Fortes, 22, represents one success story. A catching prospect from DeLand, Fla., he knew only the basics of Spanish from growing up with an American mother and a Cuban father. But he has been a dedicated student since the Marlins’ Spanish classes began, and he said he made his father proud by speaking to him in his native language on the phone.

“Knowing two languages is important in any circumstance,” he said. “But also to show the Latin American guys that it’s important to us too because they’re thrown in our environment and have to adapt to our ways. It’s a little bit of the right thing to do, to make an attempt to learn their language and make them feel a little more comfortable.”

As Fortes said this, a Marlins staff member joked that Fortes should practice his Spanish. With only a few mistakes, Fortes confidently answered a question in Spanish. Standing nearby, Palacios, 18, smiled. “Very good,” he said in English. 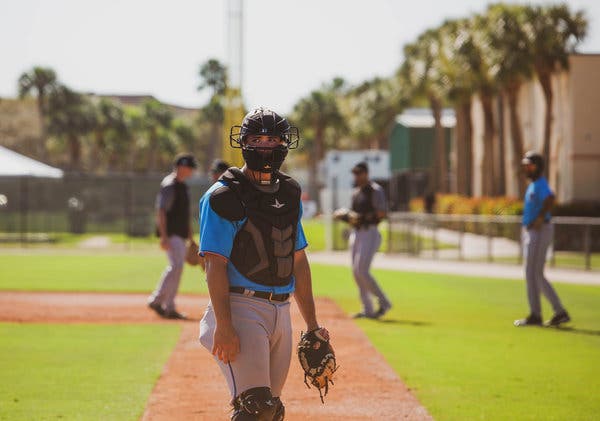 Because of the collective bargaining agreement, players on the major league 40-man roster cannot be required to take classes. Paul Mifsud, a vice president at Major League Baseball who oversees player programs, said 16 of the 30 major league teams offer Spanish classes to their players — but with varying degrees of breadth and formality.

The Marlins’ program is among the most robust, and Mifsud said he hoped that one day all 30 major league organizations would offer a similar program.

“The Marlins have been a shining example in this area,” Mifsud said.

But how is Jeter’s Spanish?

He attends weekly 90-minute classes for the executive team. They feature homework and quizzes, and teach relevant terminology, from common injuries to how to direct a Spanish-speaking fan to the stadium bathroom.

In addition, Jeter said, he has a private tutor twice a week. Like any novice, he finds conjugating verbs tricky. And he was not yet comfortable enough to answer questions in Spanish for this article.

But he said he hopes to be able to address the team or the public and give interviews in Spanish.

“I’m going to teach my daughters Spanish as soon as possible,” he said. “It’s something I wish I would have learned at a younger age.”

0 comments on “The Marlins Are Sending Everyone to Spanish Class. Even Derek Jeter.”